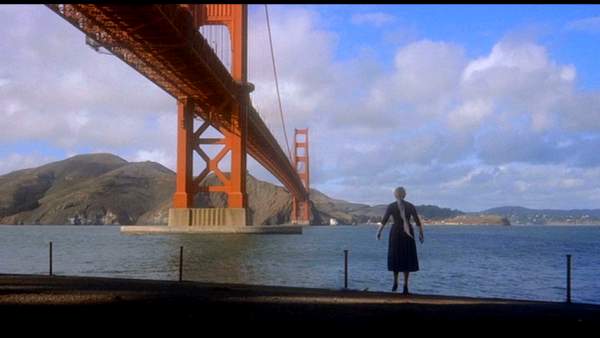 "Its Difficult to put into words exactly what Vertigo means to me as both a film lover and as a filmmaker. As Is the case with all great films ,truly great films, no matter how much has been said and written about them, the dialogue about it will always continue. Because any film as great as Vertigo demands more than just a sense of admiration - it demands a personal response." - Martin Scorsese

To me, 'Vertigo' represents the work of a filmmaker who is at the absolute peak of his powers and in complete control of his medium. Alfred Hitchcock is rightly regarded as a ''master'' of cinema, and it's films like this that truly validate these claims. Every second of 'Vertigo', you get the feeling that you're in the hands of an absolute genius who is directing the audience as much as he is the actors. Hitchcock's works are never narrowed down to just one genre or theme, while he is usually regarded as purely a ''master of suspense'', which he does perfectly, but I always a lot more human elements to his films. 'Vertigo', while it is one of the finest suspense films ever devised, is also a gripping and emotive analysis of obsession and grief. Hitchcock isn't afraid to delve into the depths of the human psyche after suffering loss and agony, 'Vertigo' displays how good the man was, not only at creating suspense, but making it mean something. 'Vertigo' is as good a psychological character study as it is a thriller, which is really saying something.

Jimmy Stewart gives, in my opinion, the finest showing of his entire career as 'Scottie' Ferguson. An amazingly detailed and complex character who can never seem to escape heartache or guilt, his fear of heights(Vertigo) has cost the life of a fellow police officer and seen him forced into retirement. Scottie is hired by a former college to tail his wife who is displaying some strange behavior. Stewart sheds his ''aw shucks'' American sweetheart persona to give a gritty and edgy performance, his performance in the second half of the film is truly brilliant. Stewart is well supported by Kim Novak who is truly excellent.

I'm ashamed to say that I didn't fully appreciate 'Vertigo' the first time I saw it, I was burning my way through Hitch's filmography and loving every second of it, but when I got to 'Vertigo' it just didn't click with me, I assume now that it was probably the overwhelming sadness to it that is absent from most of Hitch's other films. When I saw the film for the second time I finally saw its greatness, and the third time around it became one of my all time favorite films. After this viewing I can say that I hold in as high regard as any film I've ever seen.

Many, many years from now when some historian is sitting around and pondering the age old question ''what is the greatest film of all time?'', many titles will be thrown around and discussed, but only a select few will be truly considered, 'Vertigo' is one of those few.