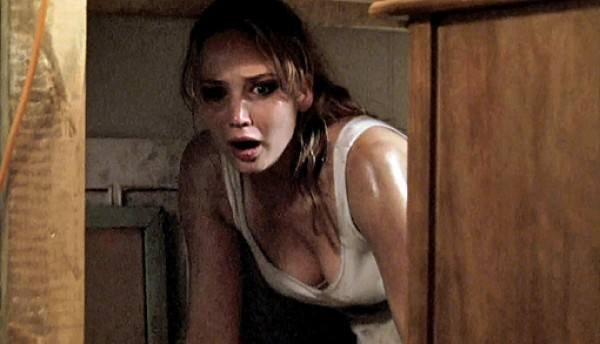 Film #49 of The December Project

I seem to be stating this in every freaking Horror film review I do, but I am a huge horror fan, and I like many have been disheartened by the approach current filmmakers have taken to the genre in recent times. Sure, every once in a while we get a 'Cabin In The Woods' but we mostly see diluted and unimaginative content being constantly brought to our screens. Unfortunately, 'House at the End of the Street' falls into the latter category.

Elissa and her mother, whom share a distant relationship, move from Chicago to a house in the country, next to another house which saw a grizzly crime, in which a daughter killed both her mother and father. Elissa befriends the son of the victims, Ryan who currently resides there, much to her mothers chagrin. Ryan's seems to be a stand up, but could he hiding a dark past ?

'House at the End of the Street' is one of those films that takes various aspects of previous films, mixes them altogether into unrecognizable pulp, throws it on the screen and expects you to marvel at its brilliance, I shall not partake in praise! There is few things I loathe more than when a film is released and it brings nothing new to the table, it doesn't even muster an attempt at any form of originality, this is one of those films. There are so many films that I could state right now that this film blatantly steals from, but I wont because they will give away the twist for the film in case of anyone is intending to watch it, but they are just obvious and incredibly infuriating.

The direction and photography throughout the film is always very brooding and unenticing, Mark Tonderai does a very generic job bringing this film to the screen, supplying obvious jumps scares and all round unoriginality in every frame. As I alluded to earlier, the films writing is very cliched and seems like they just picked up some classic horror DVD's and decided to throw all their famous plot lines into a script, and its just lame and uninteresting.

The cast was pretty much the only reason to get you through this film but there are no stand outs, I like Jennifer Lawrence, she is awesome and talented and she does her best here with an incredibly strange character, Elissa is portrayed as an ignorant and insensitive girl, which I thought was strange for a heroin, but it was Jennifer Lawrence so it was okay. I really like Elisabeth Shue as well, but is given damn near nothing important to do. Max Thieriot wasn't bad, but like everything else in the film, he was playing a cliche!

To be blunt, 'House at the End of the street' is useless. There is so much unoriginality here that its incredible that this got the green light. It may feature the Jennifer Lawrence, who is doing awesome as the female Joseph Gordon Levitt right now, but this is absolutely skipable. Strong not recommend.