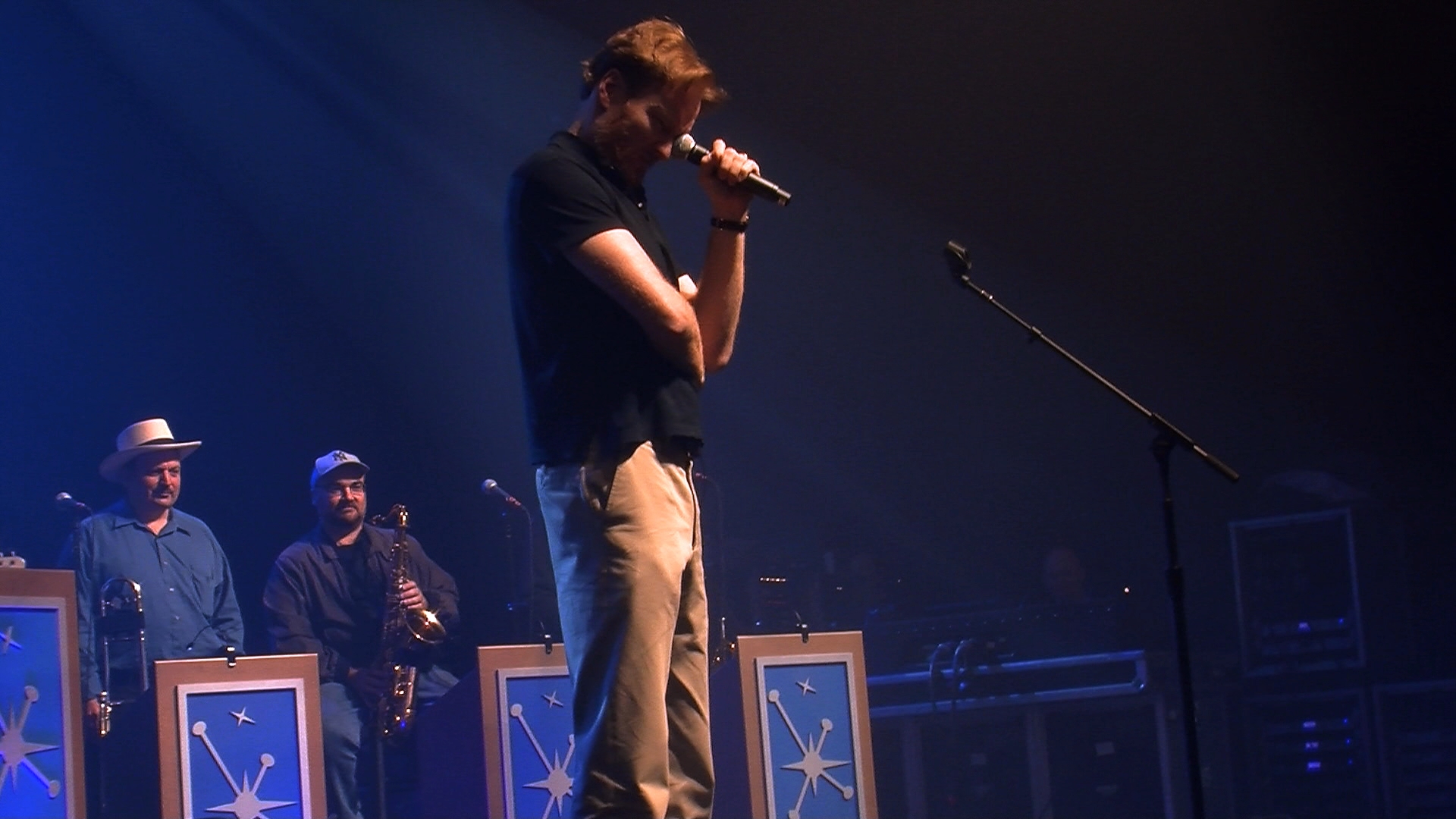 ''You have forty thousand people in the palm of your hand. It's like watching Hitler... but a nicer Hitler.''

Film #66 of The December Project

I'm not American, so I have seen any of Conan O'Brien's television shows. My knowledge of the guy basically comes from pop culture references as well as the fact he was a writer on 'The Simpson's once. I had always been interested in this film ever since its release, but it was only that I finally got around to it. I was expecting an enjoyable documentary, but I really wasn't expecting such a joyous, wildly entertaining and hysterically funny film.

After a controversial television time shift, and a falling out with NBC, Conan O'Brien was forced of TV for several months. Despite a $40 million dollar pay off, O'Brien is pissed off and still desperate to entertain, thus he comes up with the idea of a cross country tour titled 'The Legally Prohibited from Being Funny on Television Tour' which spans 42 dates.

The film is very enjoyable and constantly hilarious, O'Brien is obvious a highly entertaining individual and that is definitely well displayed throughout this film. In addition to capturing his entertainment factor, the film paints a portrait of O'Brien's passion for entertaining. It never feels like its all about the money to him, its more about the interactions with the fans and thrill of performing in front of an audience. The film captures this whole aspect extremely well.

Being a comedian, O'Brien is always funny when hes on screen, providing many laugh out moments, he has a great presence to him as well which may be the reason he so beloved. Conan is kind of the guy that will use a joke in any situation weather hes angry,upset,happy etc, it can come across as kind of douchey, and even he states that at the beginning of the film, but its admittedly hilarious even if it can be misconstrued as cruel, I.e the scene with Jack McBrayer, as Conan playfully abuses him for being a 'Hick', its kind of mean spirited but so damn funny.

The film features many special guests along the way, including the likes of Jon Hamm, Jack McBrayer, Jack Black, Jon Stewart, Stephen Colbert and Jim Carrey, but the most entertaining people on screen are Conan's companions such as his assistant Sona and Andy Richter.

'Conan O'Brien Can't Stop' is a hilarious yet moving portrayal of someones passion for entertainment. The film is highly enjoyable and always enthralling. a strong recommend.