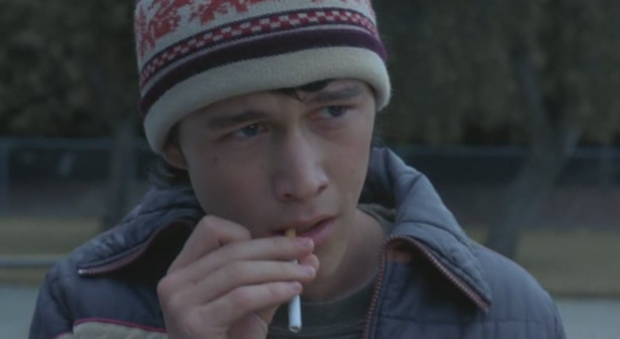 ''The summer I was 8 years old, five hours disappeared from my life. Five hours. Lost. Gone without a trace.''

'Mysterious Skin' is one of the most surreal film experiences I think ive ever witnessed. The film is as beautiful as it is haunting, and as disturbing as it is amazing. 'Mysterious Skin' paints a picture of the consequences of a corrupted childhood, and how traumatic incidents when you're young can stay with you for the rest of your life.

The film revolves around two young men who suffer traumatic experiences in their childhood. At ages of 8, Neil (Joseph Gordon - Levitt) is lured in by a pedophile baseball coach while Brian (Brady Corbet) believes he was abducted by aliens. The twos paths intertwine as they attempt to discover the real truths behind their childhoods.

Director Gregg Araki is renowned for his controversial indie dramas, but he truly struck film magic when he made 'Mysterious Skin', its truly remarkable that Araki took such a disturbing and horrifying subject matter and made such a coherent film. Yes, this is a disturbing subject and one that we wish we could completely banish from society, the film is relentless in its approach to child abuse, it doesn't wimpier nor cower, its always relentless and is able to display the true horrors of such vile acts.

Joseph Gordon - Levitt has become such a big ''celebrity'' as of the late that it is easy to forgot how good this guy really is, the guy constantly gives great performances, one after another, and this film is no different, In my view view this is arguably his finest performance, such strong and fearless performance. Brady Corbet is also terrific playing a role vaguely similar to Levitt's.

I would put this film in the same realm as 'Requeim For a Dream' and 'Shame' as films I adored but may never watch again. 'Mysterious Skin' is an amazing film, it is so confronting,so harrowing and so deeply affecting that is likely to stay with you for a very long time. Its sad that this film was almost banned in my country upon realese, its a film that is destined to never be fully understood or appreciated.
Posted by Tom at 00:10