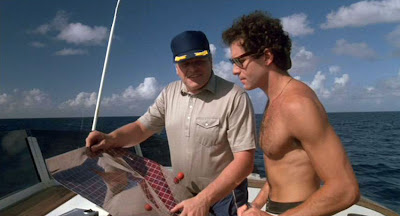 The sequel to Ron Howard's smash hit original picks up 5 years later with the group of senior citizens from the original returning back to earth to visit there relatives. The reasons for there arrival back to earth is because the cocoons left at the bottom of the ocean at the first film are danger because of incoming earthquake. Almost all of the cast from the original along with newcomer Courtney Cox, although Ron Howard doesnt return for directing duties and is replaced by Daniel Petrie.After seeing a lot of negative reviews i was surprised to find that its an enjoyable sequel, although i dont think it came close to the original though as there were to many ridiculous moments and scenes in this one, there were some in the original but in this sequel they were just turned up to the max for example the Basketball scene was just ridiculous and cheesy. Overall its not a bad sequel, if you liked the original you will probably get some enjoyment out of "The Return" but it doesn't live up to the original which in its own right wasn't a perfect film.