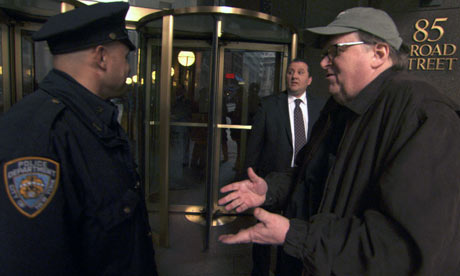 Michaels Moore's most recent documentary takes on Capitalism and the impact of corporate dominance on the everyday lives of Americans. "Capitalism" is another powerful film for Moore who like always feels very passionate about his subject manner and gives it everything he's got. I don't think this film is as mainstream as his previous documentaries such as "Bowling For Columbine" or "Fahrenheit 9/11" but its still as effective as those films, Michael Moore goes to all lengths to expose the American Banks and industries for the way the scam the American people. Topics also covered in the film also include Wall Street's "casino mentality", for-profit prisons, Goldman Sachs' influence in Washington, D.C., the poverty-level wages of many workers, the large wave of home foreclosures, corporate-owned life insurance, and the consequences of "runaway greed".Overall This a good addition to Moore's Filmography and once again proves that he is a very talented film maker, recommended
Tom: 3.5/4